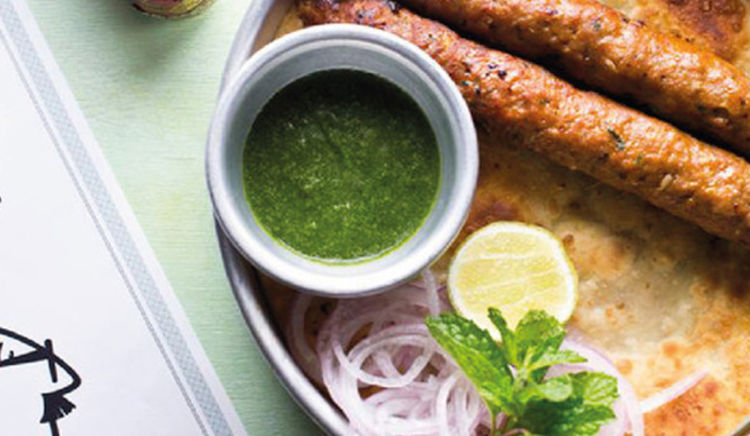 Mumbai is a fascinating city with various neighbourhoods. Colaba in South Mumbai has the popular Colaba Causeway dotted with restaurants, Kala Ghoda is the artsy district with cafés and restaurants, Lower Parel has malls and offices but some incredible restaurants in their old defunct mills and Bandra, with its laid-back charm, has dozens of eating joints. Each has a distinct character and is quite unlike the other.

One of the latest neighbourhoods to emerge as a fantastic haven for restaurants and hungry diners is the Bandra Kurla Complex (popularly called BKC) in the eastern part of the suburb. Full of tall, glass and soulless buildings and corporate drones, one would never have imagined it emerging as a popular pick for restaurants. If you pay close attention, you will find almost all sorts of eateries and various cuisines.

Atul Kocchar opened his maiden venture in the city and called it NRI (Not Really Indian) and has a menu unlike any Indian restaurant with bunny chows and Sri Lankan potlis. Not satisfied with just one, he opened his second venture next door and did the city a huge favour by introducing Peruvian cuisine to Mumbai. Lima is a superb bar that serves Pisco sours, cachaça drinks and plenty of Peruvian-styled small and large plates.

To give the city a taste of some familiar flavours, SodaBottleOpenerWala sprung up and is now catering their Parsi/Irani style food as well as popular Mumbai street food dishes to a full house almost every night. While most Parsi/Irani joints are in South Mumbai, this is quite a trek to sample the food, but the ambience and extensive menu is a crowd-puller.

A restaurant that serves wonderful food but morphs into a trendy bar and popular nightspot is The Good Wife. In the day, it enjoys natural light streaming in and a steady lunch crowd, but come nightfall, the music gets louder, the energy picks up and it turns into a very fun place to grab a drink with friends.

These are all current trendy restaurants that seemed to have sprung up recently. One of the first, if not the very first, to open doors and make people come to Bandra Kurla Complex other than for work was Zorawar Kalra with his restaurant Masala Library. It is arguably one of the most popular restaurants in the city even to date. It is tough to get a booking even today, nearly three years post its opening, but a meal here ensures that it is worth the wait. One of the first restaurants to really dabble with any sort of theatrics or molecular techniques with food, it actually ended up starting a trend where now a lot of Indian restaurants tend to emulate their style and even some of their dishes.

Apart from the steady stream of restaurants in the area, there are quite a few well-known hotel chains offering plenty in the F&B department. One of them that stands a slight head above the rest is the Trident Hotel and particularly their Italian restaurant, Botticino. This is not to say that Maya, their Indian restaurant, is any less – in fact, apart from their regular menus, they host some very interesting food trails, such as their Rivaayat series – but it is Botticino that has really made its mark with plenty of diners. If you are looking for a good Italian meal – and, surprisingly, that is sometimes tricky to find in the city – this is the place to come to.

These, of course, are only a few of the many restaurants and pubs in the area. In fact, Dishkiyaoon is the latest addition and very soon there will be another Social, but while these are some of our favourites in the area, we strongly suggest you make a trip and enjoy your own food trail.