Five Metro Stations That Will Compel You To Have A Bite Catching up with friends or loved ones on a daily basis becomes tiresome and seems like a task. But with the Delhi Metro Stations offering food courts and multiple other options, catching up is not a hassle anymore. It will not only save time and energy but give you a satisfactory feeling of indulging in good food with your loved ones.

Dhaula Kuan Metro Station is located on the Delhi Airport Express Line of the DMRC. Get down at the Dhaula Kuan Metro Station and head towards Palate of Delhi (POD) to have quick bites at Burger King, Khan Chacha, Wow! Momo, Baskin Robbins, Chicago Pizza, Domino’s, Berco’s, Chaayos and Moti Mahal Deluxe. The graffiti on the walls are quirky and give a fun look to the place. The opening timings for POD are from 11:00 a.m. to 11:00 p.m.

Rajiv Chowk Metro Station is one of the largest metro stations of DMRC as it is a one stop station to interchange between the several metros lines. There have recently opened a food court named as The Tapooz, Food Court. This food joint has various outlets like Hot Mess, Wow! Momo, Burger King, Keventers, Chai Point and Café Coffee Day.

Nehru Place Metro Station is on the violet line. Once you will exit the metro station, you will be able to locate the Epicuria Food Mall. The food mall is a great stop for all the epicureans as they have a variety of options to choose from. You will find Fio, Flying Saucer Café, Lord of the Drinks Forum, Epicuria Social, Wokstar, The Chatter House, a Food Court and much more options to grab a bite or drink.

Gurugram is a hub for corporate offices and many people daily commute through metro from their home to office and vice versa. It is a blessing when you have such a huge food joint within the metro stations; Metro Park Food Court is a food joint in the Huda City Centre Metro Station. There are abundant options like Starbucks, Eggers Madhouse, Dunkin’ Donuts, Zaika Punjab, Fruit Inbox, Burger King, Tunday Kebab Express and Gabbar Meals and much more.

While you hustle to the airport to catch a flight, you can grab a quick bite or enjoy a hot cup of coffee on the Airport Express Line with Café Coffee Day and KFC. 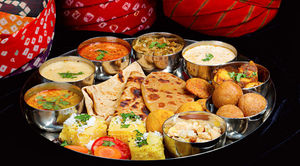 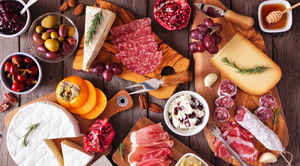