Savour Chinese delicacies to commemorate the Year of the Pig

Bring in The Year of the Pig on Chinese New Year with the best Chinese food in Mumbai. Chinese New Year, is traditionally celebrated with people wearing colourful new clothes, exchanging gifts and homes and streets being decorated. A red Chinese envelope with money is a common gift which elders give to their children. In Mumbai too, the Chinese restaurants, wear a festive look. Red Chinese lanterns and the traditional Lion dance, are a part of the revelries, which have begun, as restaurants offer special Chinese meals - both a la carte or buffet spreads. So, step into these restaurants and try some Chinese specialities this New Year. My top 6 picks are here. 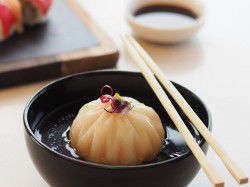 JW Cafe at the JW Marriott Mumbai Sahar presents a special Chinese New Year Menu with their Sunday Brunch on February 3, ’19. Feast with your family as you revel in this auspicious festival rich with traditions. The brunch menu curated by Chinese Chef Zongshou Chen, will feature traditional Chinese delicacies denoting good luck and prosperity. Some of the dishes you can expect are Chongqing Style Suckling Pig, Szechwan Whole Pomfret, Wok Tossed Noodle stage with a variety of 8 enticing options, Beijing street fry meat and seafood with assorted sauces and dips, Peking duck pancake, and more.

Deal: Upload your bill & earn a super bonus of 500 EazyPoints. Get to your free meal faster!
Book a table

Usher in the year of the Pig, this Chinese New Year with a specially crafted menu at China House Restaurant at Grand Hyatt Mumbai. Indulge in a spread of traditional delicacies till February 05,’19 including Steamed Spinach Pinet Dumpling, Truffle Prawns Dumpling, wok-tossed edamame Prawns with Thai Chilli, Sweet Dumpling with Bean Paste and Chocolate and much more.  (refer banner image)

Emperor's Court at Renaissance Mumbai offers 2 options of a 4 course set menu (1 veg and 1 non-veg) priced at Rs 2000 + and Rs 2500 +. The restaurant décor and staff wearing new uniforms and an illuminated photo booth are the main components for the Chinese New Year celebrations. 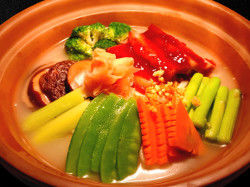 That is not all. You can also relish Lobster Butter Garlic, Tuna Tataki and Char Sui Pork La Mein.

Quick Meals in 5 Ingredients or Less

Popular Locations for Restaurants in Mumbai See All

Top Restaurants in Mumbai See All