The exact origin of the culinary masterpiece that is Biryani is a fact that has always been shrouded in mystery. Some believe it was the Mughals who brought with them their Afghani culinary influence to India, which when amalgamated with our own rich food culture led to the conception of the Royal Indian Biryani. The signature perfume of piquant spices, the succulent pieces of meat or vegetables, and that savory bite of flavored Basmati Rice is what makes Biryani such an enticing delicacy.

If like me you have also been dreaming of bowl fulls of Biryani then you are in luck because the prominent Biryani haunts of the city are finally back with all the necessary measures in place. And to further help you to get your fix of Biryani, EazyDiner's new initiative EazySafe+ aims at providing a stronger end to end control on food quality and hygiene by implementing a comprehensive set of protocols on select partner restaurants in Gurgaon that adhere to strict guidelines.

So, what are you waiting for? checkout this curation of the best Biryani restaurants in Delhi certified by EazySafe+ and prepare yourself for some serious no-nonsense Biryani binging: 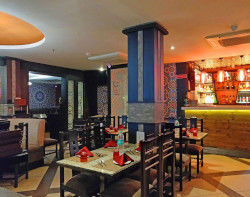 They say old is gold and situated in the bustling neighborhood of Kalkaj. Khidmat is exactly that- a goldmine of authentic Mughlai and North Indian preparations. This iconic restaurant has stood the test of times only because of its lip-smacking selection of delicacies, recipes of which are tried, tested, and perfected over the many years it has been functional. Hand down one of the best biryani restaurants in Delhi. 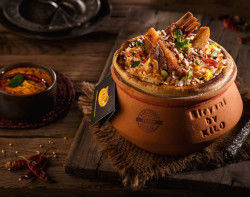 Biryani By Kilo or BBK is undoubtedly the best restaurant in Gurgaon for when you are craving authentic dum biryani. They pride themselves on bringing the taste of Royal Biryani to the masses. Prepared in the traditional Dum style in handmade clay hands, they are popularly known for their exquisitely authentic Hyderabadi and Lucknow Biryanis. 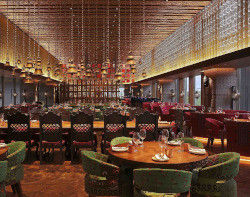 Kheer at Roseate House offers an Indian cuisine par excellence with a modern edge. The menu is an eclectic mix of the humble street food and some exquisite North Indian delicacies befitting royal gatherings. From interesting takes on Indian food to more polished interpretations of traditional dishes, there is a bit of everything here. 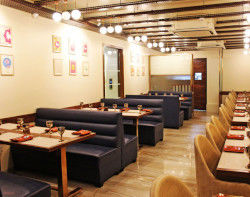 A true blue haven for vegetarians, Veg Gulati has its own fan following. Known for North Indian, Punjabi, and Jain food (without onion and garlic), this place is a paradise for vegetarian biryani lovers as they have a separate biryani section featuring an array of innovative veg variations to choose from. 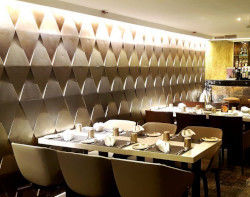 Sanadige – Fine Dine Restaurant is a mecca for nonvegetarians. It offers a plethora of North coastal delicacies along with some North Indian delights too. Definitely a good place to visit when craving biryani, Sanadige is a beautiful blend of traditional outlook with modern sensibilities. 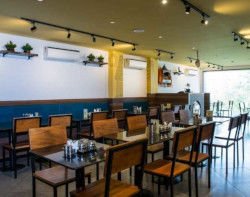 Tenali is a simple but classic restaurant serving traditional Andhra cuisine, especially from the Guntur region. Everything on the menu is just terrific and packed with flavor. The best part about this restaurant is the attention to detail and the fact that they use authentic spices sourced directly from Andhra Pradesh to get just the right taste in all their regional delicacies. 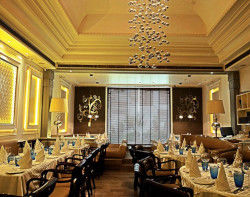 One of the old favorites of the Delhi townies is Lazeez Affaire an elegant fine dining restaurant that is very much part of the local food community.  Lazeez Affaire celebrates the nuance of North-Indian and Mughlai cuisine with its delectable smorgasbord of Biryanis and rich non-vegetarian curries. 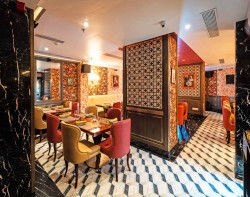 Punjab Grill is one of the most prominent Punjabi fine-dining restaurants in Khan Market, Delhi. Pretty high on the list of best biryani restaurants in Delhi, this place offers a creative blend of robust Mughlai and North Indian cuisine. The eclectic menu is very vast featuring an extensive variety of both vegetarian and non-vegetarian delicacies.