Tiny mouthfuls that pack a punch 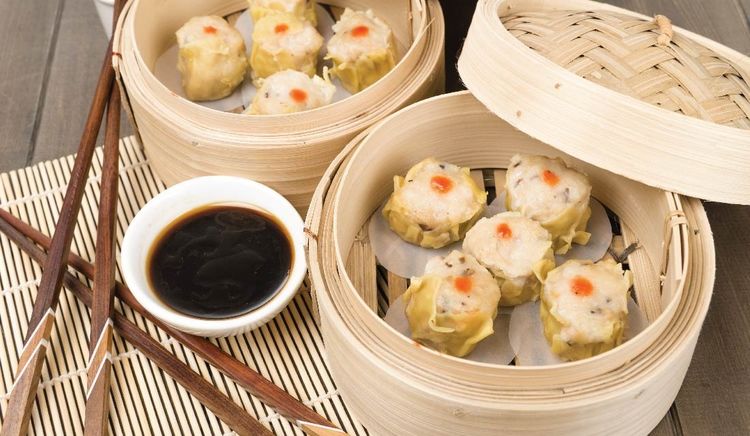 The idea of a dim sum restaurant is not new to Delhi. As far back as 1983, the Taj Palace opened The Tea House Of The August Moon as a dim sum-based place only to discover that North Indians liked fried wontons and nothing else. But slowly, over the years, Delhi has begun to change its palate. Partly it is the popularity of momos (a Tibetan version of dim sum) as a roadside snack, partly it is the trend towards healthy, low-fat, steamed cooking, and mostly it is that all international trends do get to Delhi eventually.

So the city is now awash in dim sum places. They fall into three categories. There are Chinese restaurants (most of the hotel places) that offer dim sum as part of the menu. Then there are Chinese restaurants which serve other dishes but where dim sum is the main attraction. The first to open was Royal China in Nehru Place, an Indian-owned franchise of the London chain which does an outstanding dim sum brunch. But the biggie was the Michelin-starred Yauatcha which repeated the success of its London original and its Mumbai outlet with a flourishing and trendy spot in Vasant Kunj’s Ambience Mall.

A third category is now emerging, also in consonance with global trends: dim sum as fast food. Ping Pong, a massively successful international chain, failed in Mumbai because locals were not willing to pay high prices for dim sum made in some central commissary abroad (the Philippines perhaps?), frozen, transported and re-heated in India. But the entirely indigenous Dimsum Bros which makes no claims to haute cuisine has been more successful at a reasonable price point.

If you do like dim sum, remember that the Chinese prefer to eat it at lunch. Remember also that it is now a global craze. There are constant rumours that the Taiwanese chain Din Tai Fung will open here and serve its famous soup dumplings, after having tasted success in all of the world’s great cities.

So, yes, dim sum is trendy. But remember that it is only healthy if it’s not deep fried!