A fiery mash of true blue Indian spices, plenty of starchy vegetables and oodles upon oodles of butter – what is not to like? Paired with those endless (more) butter-fried pieces of soft pav, a giant sprinkle of chopped raw onions and fragrant coriander, an extra pat of (even more) butter, and a tart squeeze of lime, pav bhaji is the stuff of dreams for most Indian kids – and their adult selves even more so.

Now, however, the Jain, Kolhapuri, cheese, special-lasoon-chutney, extra-butter, kadhai, palak and paneer variants – among several others – have become rather run-off-the mill for some of us. So, perhaps, it has the same old format in which the dish is served, with a giant puddle of spicy bhaji and a constantly-replenishing jodi (pair) of pavs beside it. A few places in town, however, are truly mixing it up when it comes to this traditional street fare, not only in terms of adaptations from global cuisine and the item’s presentation, but also in terms of what goes into the preparation. The latter variety, for instance, can be found at the little eatery Chutney Sauce Murabba, which recently revamped its menu. Now, the ‘healthy’ pav bhaji available here puts a nutritious, new-age twist on the item, using cabbage, cauliflower, bottle gourd and capsicum in the mash as opposed to the carb-licious potato, presenting it for more health conscious gourmands with that familiar distinctive spicing.

But then again, if you are not exactly counting calories, guess who serves a pav bhaji cast in the mould of a sinful, cheese-laden, flagship Swiss dish? Jovos serves its pav bhaji fondue in a typical caquelon on a gently heated stand, along with those long-stemmed dipping forks with which you can lift neat, buttery chunks of pav and roll them around in an extra cheesy rendition of the bhaji.

Moving slightly south within Europe itself, a Mediterranean country provides inspiration for the pav bhaji crostini at The Bar Stock Exchange – here, crisp baguette slices serve as pav, topped with a generous helping of masaledaar bhaji each, not to forget a melted layer of cheese on top and a sprinkling of mirchi and salt-laced, finely chopped onions.

Similarly, April Rain serves a take on the crostini concept, too, but puts on a bit of a modern dining twist by bringing it out in a martini glass. Yes, you heard it right – it is a large, butter glazed piece of deliciously aromatic herbed crostino, dunked like a towering coronet into an elegant wide glass, full of that familiar scarlet, vegetable-packed bhaji, aptly titled ‘Mumbai’s fab martini’.

And, if Italian is the inspiration, Eatalio’s does a similar spin, serving a ‘bruschetta’ appetizer of bhaji spread thin on crunchy garlic bread, bringing in fresh flavour with sprinkles of crisp onion, tomato and coriander bits, and – of course – grated cheese. On the same lines, this establishment also pulls off a pav bhaji pizza, with a crispy desi-style base topped with a lavish spread of spicy red bhaji, and a fragrant mix of onions, capsicum and coriander melting into the mozzarella cheese on top. And, taking this trend further, they also serve a pav bhaji sandwich, with the same accoutrements in a whole wheat sub.

Bombay Bronx does a pav bhaji sandwich as well – think four butter-soaked pieces of our dearly beloved laadi pav, but stuffed with bhaji and then squished inside a griller, till they get that fried crunch we all so adore. Dunk these in some tomato ketchup served on the side, which goes surprisingly well with each bite.

Going slightly further down the same road with the sandwich idea, Bombay High cooks up cheese pav bhaji sliders – and, what goes better with one another than the mirchi-packed flavour of this bhaji and mellow, creamy cheese to balance it out, all stuffed into bite sized appetizers? Perfect with a round of drinks or two, actually.

Last, but not the least, Shiv Sagar is one of a bunch of places that puts a South Indian spin on this essential North or West Indian snacker. Here, the bhaji is stuffed into a large dosa roll, perfectly crisp on its golden outside and soft on the inside, slathered with plenty of butter to make it go down better. Paired with some hot-sweet sambar and garlicky coconut chutney, this creation is a fitting ode to the magic of pav bhaji – we recommend the chocolate and almond shake here to wash it all down.

Inspired, we did a quick online hunt of even more such pav bhaji innovations to drool over – bakes, pastas, burgers, stir-fries, kathi rolls, poutines, dhoklas… there is no dearth to the creativity. All we have to do now is, wait for more people in Pune to take up the challenge! 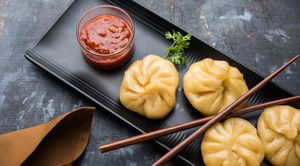 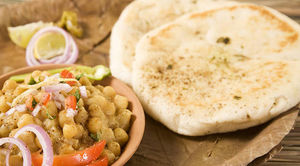