Top 13 Places in Bangalore where you can Celebrate Oktoberfest with Great Beers, Food and Games

Stouts, Ales, Steins, Kolschs, IPAs, Porters… the list goes on for the kind of beers that you can sample this Oktoberfest Get a feel of Germany with beer, food and games at The Yellow Submarine for Oktoberfest. Try the Marzen. This amber-orange hued original party beer at Oktoberfest to get your party started! 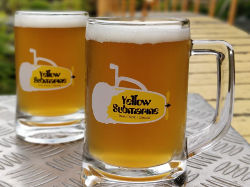 If you want something light and easy, the Kolsch for you. Give Hefeweizen a try. That is not all! With a total of 6 beers on tap, The Yellow Submarine also offers Belgian Wit, IPA and Porter.

You also have a bunch of handpicked delicacies from Germany. From Pretzels to Roasted Chicken. Display your skills at the Stein Hoisting Competition. There is also a Beer pong championship that will be on. And for those who enjoy it, how about a brewery tour?

Where: The Yellow Submarine

Head over to Rural Blues Restobar to enjoy the world-famous beer festival right here in Bangalore.

Enjoy an exclusive Oktoberfest menu that includes German must have Pretzels, Chicken Frankfurters, Bratwurst, Krakauer, Grilled Chicken Burger, Lamb Burger, Corn on the Cob, Apple Sauerkraut and much more. Relish all this with some chilled Geist and SimbaBeers.

Do not miss out on the special offers on Geist and Simba beers. 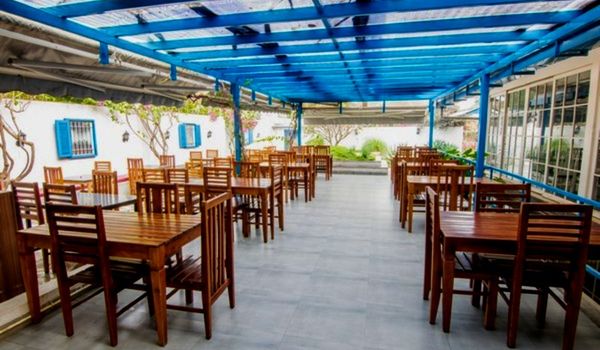 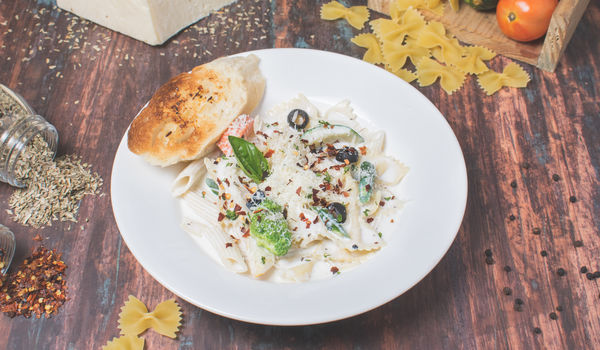 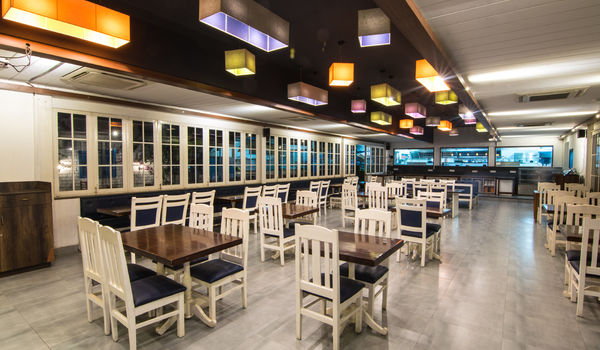 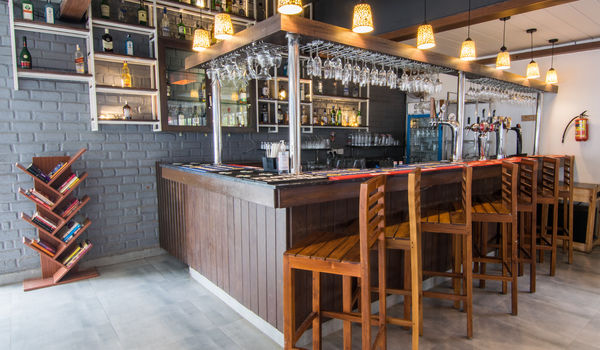 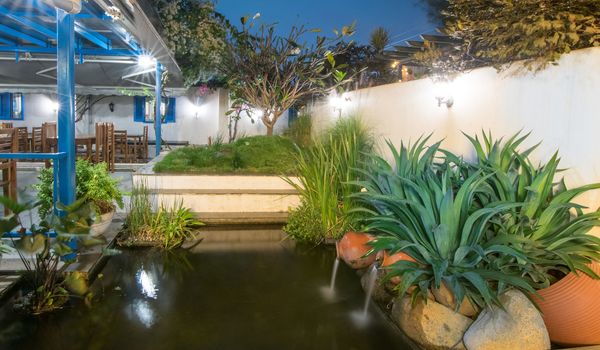 The great thing is that BBQ’D and Farzi Café share the wonderful beers that are brewed on the premises. 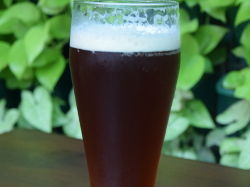 At BBQ’D, this Oktoberfest, guests can avail of some great food and beverage offers like these:

Bieregarten is kicking off this year's Oktoberfest celebrations with Bavarian-inspired dishes and beers. There are several options in food and drink inspired by different countries. Try the Oktoberfest special Smoked Hefeweizen - the wheat beer with a twist. Indulge in an authentic German-style experience with the Schweinrippen - spare ribs dressed in barbeque sauce and accompanied by a side of fries. It really does not get more Deutsch than this! Marzen pours full amber with a great froth. It offers fresh hop and warm toasty malt while it is velvety texture gives way to a full sweet flavour but finishes off with a well-rounded and tidy sweet-bitter flavour. This beer stays true to the Bavarian spirit and is only available during 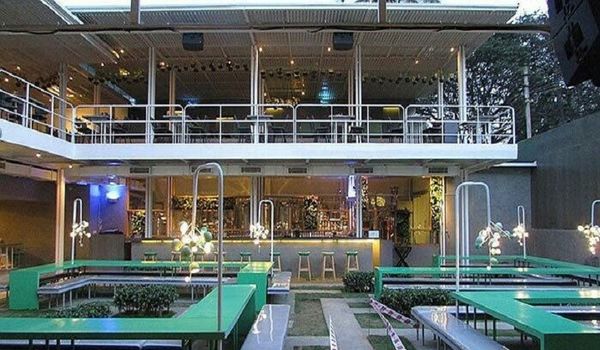 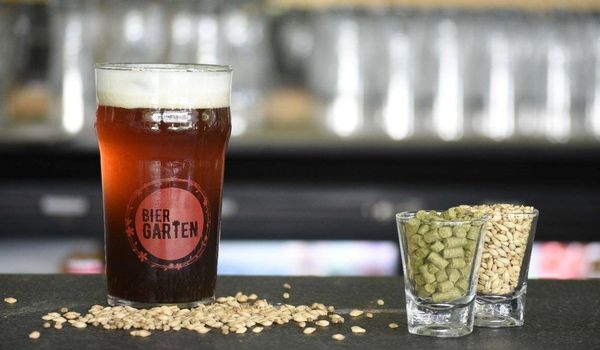 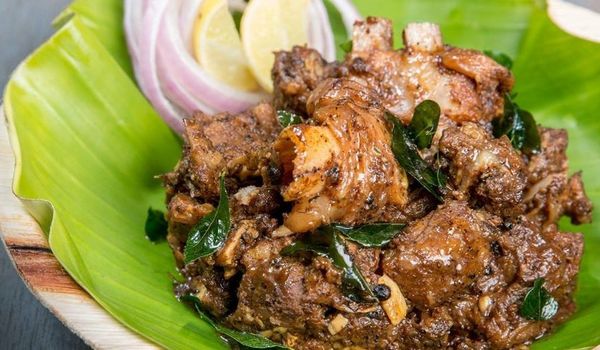 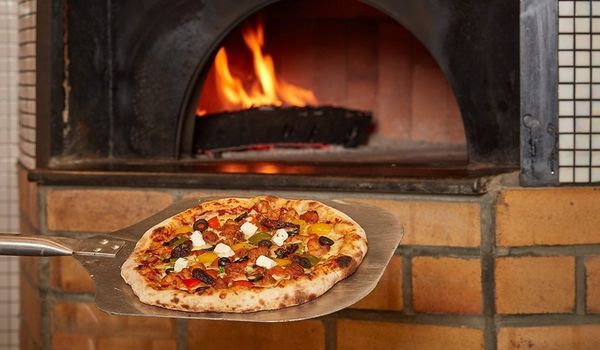 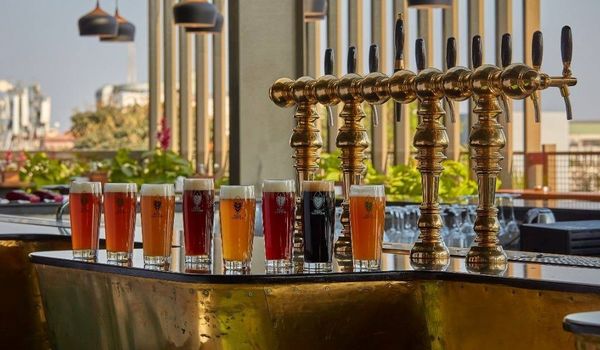 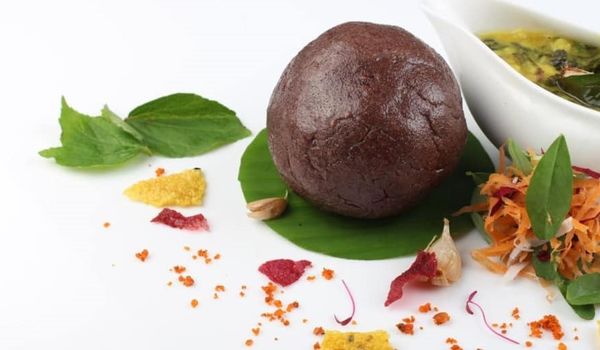 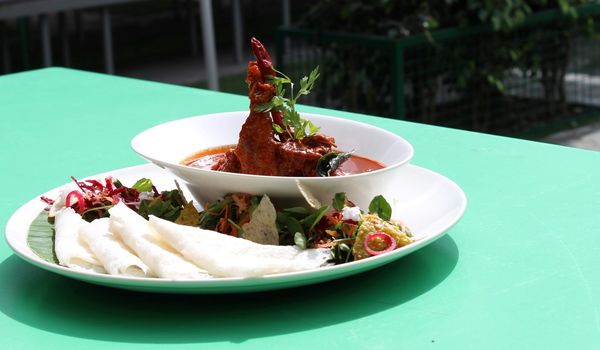 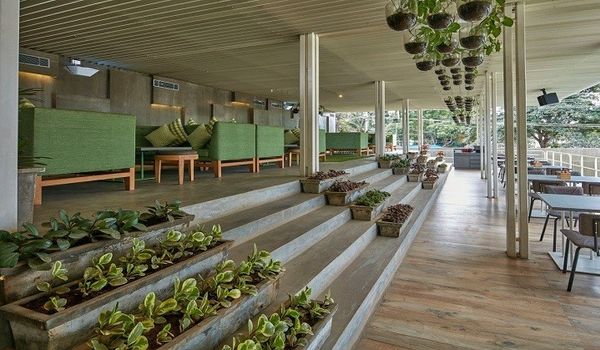 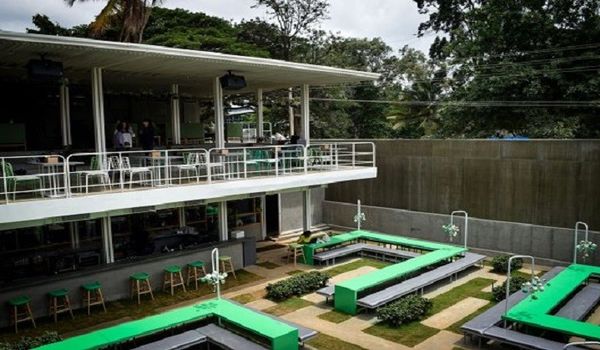 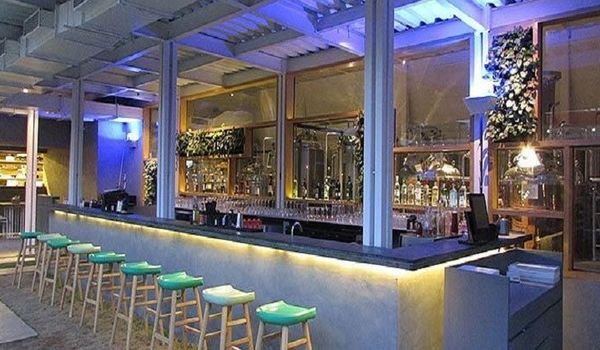 View All
Deal: 40% off on house brewed beers
+1 more Deal
Book a table

This Oktoberfest, Murphy’s Brewhouse nestled inside The Paul, celebrates all things good and beer. They have 4 great beers – Paddy’s Poison, Holly Sally, Black Beard and Good Golly. To go with that is a great menu that goes well with these 4 beers. All through the month, you will also have the chance to play some cool games like PUBG – do not know what that is? Then head on the Murphy’s to find out and have a whale of a time.

The Old Fashioned Bar, relatively new on the scene, has something great in store for Oktoberfest.

Where: The Old Fashioned Bar

To Know: Offers only for Oktoberfest menu

Street Mama goes Bavarian this Oktoberfest. Get a taste of beers from across the globe – All International Pints at just Rs. 249 ++ and Domestic Beers at Rs. 99++ only, all through Oktoberfest.

The guarantee of great fun does not end with the tasty food and beer. Mama has more to offer, enjoy an evening of drinking games organized on Friday, 28th September 2018. Gear up to battle it out with Chugathon, Flip Cup, Arm Wrestle, Tongue Twisters and more.

Oktoberfest Fiesta is on!

Signature dishes of the Oktoberfest that will feature on the special menu will include preparations like Marzen special Beer, Smokie and Cheese, Hofbräu Oktoberfest Pretzel, German Trio Salad, Hofbräu Salad Plate, Wiesn Roast Chicken, The Bavarian Sausage Platter, Sacher Torte and many more.

Get ready to party in the world’s largest beer festival, Oktoberfest in an outdoor alfresco area, 12th Main restaurant at Grand Mercure Bangalore. With exotic beer concoctions, scrumptious food accompanied by a mesmerizing view, the event has been carefully crafted to bring in the spirit of Germany right here at the luxurious property. Authentic Bavarian delicacies such as Pork Tenderloin with Sweet Mustard Crust, Potato Pancakes, Vanilla Bean Custard with German Sour Cherry Sauce and more will be on offer. All this over lots of beer.

Watson’s is celebrating Oktoberfest with Watson’s Beer Baron Menu where the highest beer consumer for the month would get free beer for one full month as a reward. The contest is applicable for Beer by mug orders only and will be on the basis of QR code scanning. The highest beer consumer of the month would get free beer for one full month (November) as a reward. The Oktoberfest menu features some great options such as Roasted German Potato Salad, Grilled Chicken and Pork Frankfurters with the works in hot dog buns, the Charcoal Roasted Chicken or Pork Sausages with wedges and more. There is also a range of beer cocktails on offer such as the Watson’s Michelada, Midday Reviver, The Upside Down and the Watson’s Beer Port.

Where: All Watson’s outlets – Ulsoor, Vasanthnagar and JP Nagar

Raise your steins to wash down some delicious messy burgers, because The Oktoberfest is here at Social bringing a part of Germany right here in the bay. Think of Beers, and instantly one can imagine of juicy burgers perfectly balanced with flavours.

And so the special Oktoberfest Beer and Burger Combo menu it is. The famous Death Sauce by Social can now be devoured in a burger as The Death Grip. For the Indian flavours, try the Belly of the Boar (Boar Belly tossed in Kerala spices) and for the crunch. Bite into The Bauger (Parsi style Mutton Boti topped with Sali) and wash it down with a cold Beer. Everyone’s favourite Sriracha Sauce can now be experienced with a Beer Battered Fried Fish Burger (Battered and Booze). Get messy with a (Burgermeister)! Drop in at any of the Social outlets.

Where: All Social Outlets – Church Street, Whitefield and Koramangala

The Windmills Oktoberfest has 5 German beers on tap – Hefeweizen, Dunkel, Oktoberfest, Schwarzbier and Mango Beliner Weisse. It is a great mix of styles and flavour profiles. Their specially brewed Okto is a traditional strong Marzen in the tradition of Bavaria’s finest brewers. This beer pours amber to orange in colour with an off-white head and is naturally clear Schwarzbier, literally ‘Black Beer’ in German may look like a heavy roasty stout, though it is anything but. These are just some of the many beers on showcase at our Oktoberfest at Windmills.

Three Dots and a Dash

Bavaria comes to Bangalore at Three Dots and a Dash. This Oktoberfest, indulge in some great food and beers at Three Dots and a Dash. On offer will be Beer Battered Onion Rings and Saute Curry Wurst Chicken Sausage Layonnaise which make great combinations with the beers on offer. If you would like soups, which actually make good partners with beers then the Eintopf Soup or the St Germain Soup are good options. Going to the mains, Braised Pork Ribs with Bread Dumplings or the German Special Sauerbraten cooked in a melange of herbs and wine is a winner. And what is a night of indulgence without a sweet note – the Magdeburger Schmalzkuchen Pastry is definitely one to go with.

Where: Three Dots and a Dash

Other Related Food Trends | All About Food in bangalore 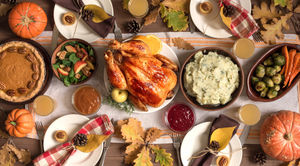 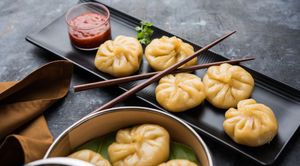